If you are someone who wonders why the data speeds on the cell phones vary so much, then this post may be able to guide you. Our cell phones are capable of using a range of different technologies to connect us to the mobile networks. When we are connected to newer network technologies, we usually get (or should get) higher data speeds. On the other hand, when our phones are using older technologies, the data rates are considerably lower. But how do you know which network technology you are connected to and what speeds to expect? You may have noticed symbols like G, E, 3G, H, H+, 4G/LTE and 4G+/LTE+ popping up on your phone screen. You can find these symbols next to the signal bar on the cell phone screen as shown below. Let’s have a quick look at these mobile network technologies and the data speeds they can offer.

GPRS was introduced in the 2G GSM networks to add mobile data capability so that people could use internet services through their mobile phones. GPRS stands for General Packet Radio Service and was an enhancement to the existing GSM networks for enabling mobile internet services. GPRS is also referred to as 2.5G because it was introduced in between 2G GSM and 3G UMTS which explains ‘2.5’. It can offer peak downlink speeds of up to 171.2 kbps to help users with downloads. Peak speeds are the theoretical maximum speeds that can be extracted out of the network. The average or actual speeds that we get are considerably lower due to many factors, e.g. poor coverage, distance from the cellular tower, lots of people using the network in the busy hours etc. GPRS is the earliest of the technologies for GSM-based mobile networks and is shown on the phone screen as ‘G’. If you see this symbol on your phone a lot, then your expectations shouldn’t be very high in terms of the data rates.

EDGE was an enhancement that followed the GPRS technology to improve the data rates that could be achieved from GSM/GPRS networks. EDGE stands for Enhanced Data for Global Evolution and it increased the peak downlink speeds to 384 kbps. EDGE is often referred to as 2.75G as it came just before the 3G UMTS networks. It is shown on the mobile phone as ‘E’ which you can learn more about in this post.

After the 2G technologies GSM, GPRS and EDGE, the third generation of mobile networks were launched with UMTS (Universal Mobile Telecommunications System). UMTS was the 3G migration route for mobile operators that were using GSM networks for 2G. While GSM was the most widely deployed 2G technology, some mobile operators chose another 2G standard IS-95 (cdmaOne) which required CDMA2000 for the 3G upgrade. UMTS is shown on your mobile phone as ‘3G’ and can offer peak downlink speeds of up to 2 Mbps. You can learn more about 3G UMTS in this post.

The need for speed was always there which is why the enhancements in mobile communications continued. One of these enhancements in the 3G era was High-Speed Downlink Packet Access (HSDPA) which was followed by High-Speed Uplink Packet Access (HSUPA). These enhancements are collectively termed as High-Speed Packet Access or HSPA. HSPA is shown on your mobile as the ‘H’ symbol and it can offer peak downlink and uplink speeds of up to 14.4 Mbps and 5.76 Mbps respectively. As the average speeds are lower than peak-speeds, in today’s world, you generally need at least HSPA to be able to perform your online tasks on the cell phone. That is the case when you are out and about, and not using a WiFi network. The equivalent of HSPA in CDMA2000-based 3G networks is a technology called EVDO. EVDO stands for EVolution Data Optimized which you can learn more about in this post.

HSPA+ is an upgraded version of HSPA and it stands for Evolved High-Speed Packet Access. It makes enhancements to the spectral efficiency, peak data rates and latency. The resulting data speeds can reach up to 42 Mbps in the downlink for downloads and 11.5 Mbps in the uplink for uploads. HSPA+ is shown on the mobile phone screen as H+, and it can generally offer decent average download and upload speeds for online tasks.

4G uses the LTE technology for meeting its requirements and is shown on the mobile phone screen as ‘4G’ or ‘LTE’. LTE stands for Long Term Evolution and provides the 4G migration path to mobile operators using key 3G technologies including UMTS and CDMA2000. LTE can enable peak speeds of up to 300 Mbps in the downlink for downloads, and up to 75 Mbps in the uplink for uploads. These are the maximum achievable speeds, but the average speeds with LTE are still good enough for most tasks. Have a look at this post to check out the average speeds for 4G LTE.

The innovation in mobile communications never stops and LTE has had enhancements also. LTE-Advanced and LTE-Advanced Pro are the two updates that have been introduced in the 4G networks. With LTE-Advanced you can get data rates of up to 1Gbps in the downlink which can go as high as 3Gbps with LTE Advanced Pro. LTE Advanced is shown on the mobile as ‘4G+’ or ‘LTE+’. In case you are wondering, 5G is capable of taking mobile data speeds to a whole new level. Have a look at this post to learn what 5G technology can do for you.

As we touched upon the difference between peak speeds and average speeds earlier, let’s clarify that a bit further. We don’t usually get peak-speeds and the actual speeds are considerably lower. As you would expect, a mobile base station does serve many people simultaneously, so the available data capacity is shared among multiple users. In addition, factors like the distance between the user and the base station, and obstacles like buildings and trees etc., can all impact the achievable data rates in real life. For your reference, you can find below a table that summarises the peak uplink and peak downlink speeds for 2G, 3G and 4G networks. As we now mostly have 4G in many countries, it is worth finding out what the actual 4G speeds look like. Check out this post to learn about the average 4G speeds based on a few speed tests we carried out in the UK and Canada. 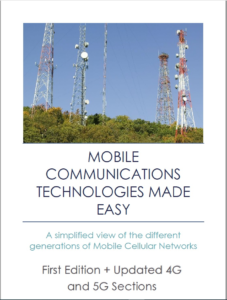 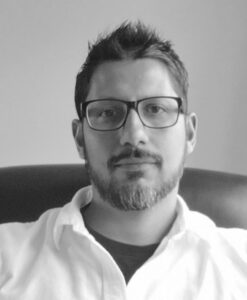